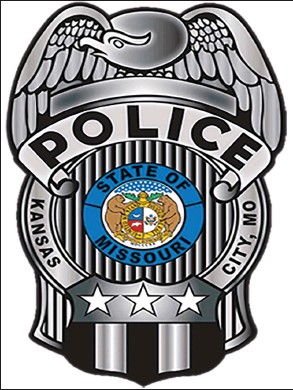 The U.S. Justice department is investigating whether the Kansas City Police Department in Missouri engaged in a pattern of racial discrimination against Black officers, according to a letter sent to the agency on Monday. The investigation is based on information suggesting that KCPD may be engaged in certain employment practices that discriminate against Black officers and applicants, according to the letter. Investigators will be looking into allegations involving race-based disparities in hiring, promotions, detective assignments, disciplining officers and “maintaining a hostile work environment,” the the letter said. THE CALL has addressed discrimination practices and allegations exhibited by the Department over the past year. We have even expanded the conversation to include retention of Black officers and even the “bluff” where Black oficers are convinced to resign rather than be fired by the Department in situation where they may only be facong possibly a suspension or maybe a letter in their employee file. Interim Police Chief Joseph Mabin said his office became aware of the investigation into employment practices Monday morning and pledged to fully cooperate with the DOJ’s investigation. “It is the policy and practice of the Board of Police Commissioners and the Kansas City Missouri Police department to provide a work atmosphere free of actual or perceived discrimination and harassment,” Mabin said. “I am committed to ensuring every member experiences a safe and fair work environment and every applicant receives fair treatment throughout the hiring process.” The Kansas City, Mo. Board of Police Commissioners met Monday to discuss the next steps in the hiring of a new Chief of Police. Mayor Quinton Lucas, who sits on the Board of Police Commissioners by the color of his office, stated he was frustrated by the board’s silence over this new issue. “This department and its Board need to be the ones that are launching these types of investigations to make sure we are doing right by our community,” Mayor Lucas said. “I think it’s fair to say that that has been wanting, and that has been lacking not just for the past several years, but for generations in Kansas City.” For the past several years Civil Rights organizations and area clergy have been crying out for the KCPD to be investigated by the DOJ not just for discrimination within the ranks, as pointed out by the Kansas City Star earlier this year, but by the lack of transparency with its $250 million plus budget, but by Police shootings as well. The fire was turned up on the Police during the Black Lives Matter movement, the shooting of Malcolm Johnson in which Police said one thing and the ideo showed something totally different. The Missouri Highway Patrol stated that gunfire was exchanged between Johnson and Police until the video showed Johnson being apprehended and taken to the ground and during the skirmish a gun goes off and the next thing that is scene is Johnson being shot in the head twice. There was a guilty verdict in the shooting death of Cameron Lamb by Eric DeValkenaere in which police orginally said that the shooting was justified in that Lamb had pulled a gun on DeValkenaere’s partner before he was shot and killed. Police even went so far as to stage a crime scene to justify the shooting it was discovered in trial. The Police department settles a number of lawsuits for various actions and inactions that are never challenged or commented on by the state’s Republican controlled House and Senate. Most recently Police paid the family of a man where Police shot and killed both the suspect and the victim in the common area of Barney Allis Plaza. In the midst of all of this, the Board of Police commissioners is looking to hire a new Chief of Police within the next month and a half.