Grandmother, Friend And Church Member One Of The City’s Latest Homicide Victims, Not Intended 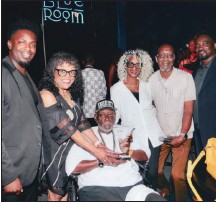 Friends and family and even customers of a local fish market are asking the community to please give information in a shooting that took the life of a grandmother, mother, sister and friend and just all around sweet person on Tuesday night. According to reports, Police responded to a shots fired call just before 6:15 p.m. near East 35th Street and Cypress Avenue. While on the way to the scene, 911 received additional calls of a shooting in the same area. Officers were directed to the front of a residence where they found the victim, identified as 67-yearold Loretta Neal, who had been shot. Police are certain that she was not the intended target of the shooting incident. As of September 22, the City has recorded 118 homicides. A total of 89 have been Black males and females; 70 men and 19 women. The most common weapon used in murders this year has been firearms, which are responsible 102 of the City’s murders.